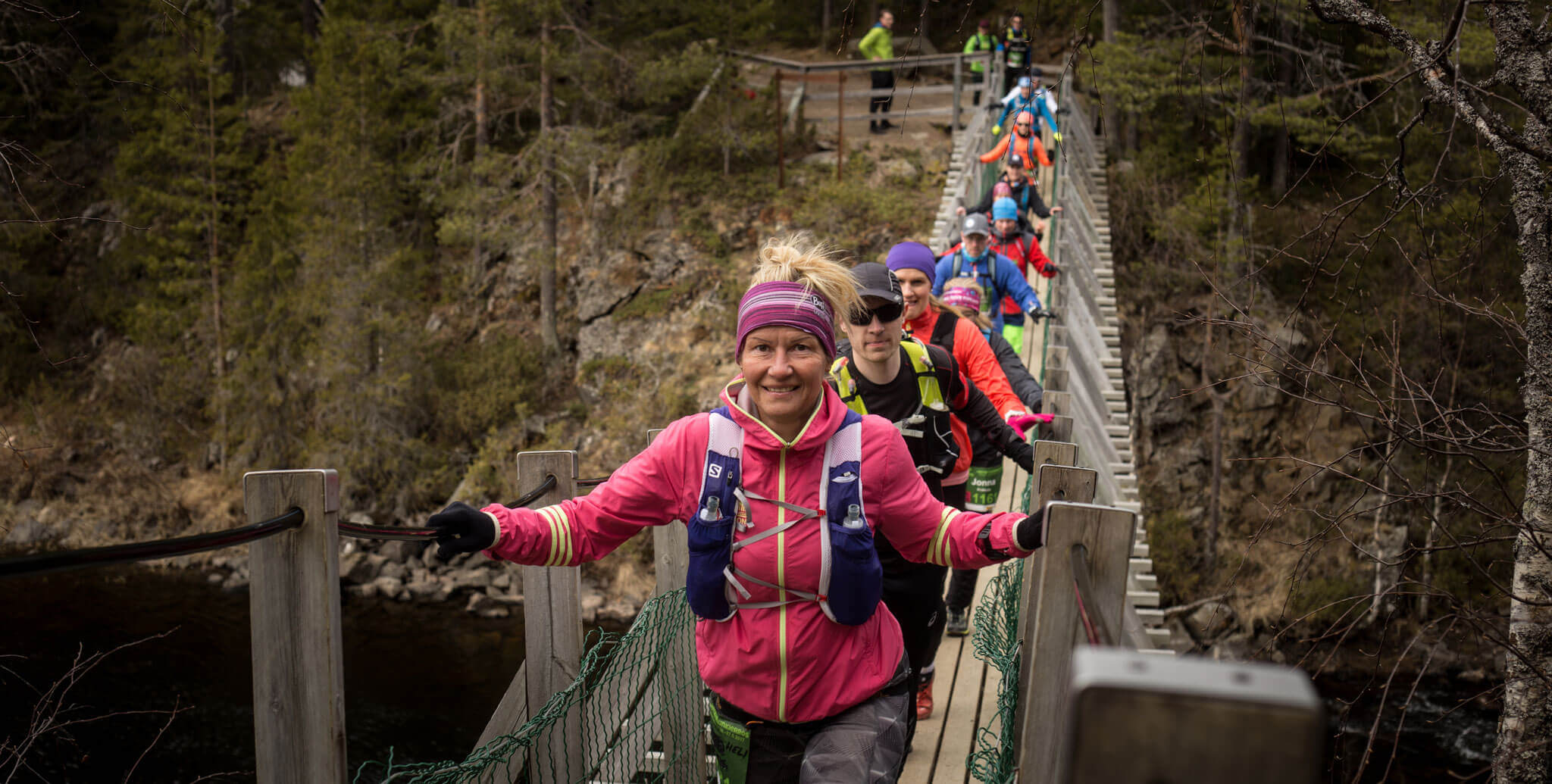 The sixth NUTS Karhunkierros trail running Event is about to begin tomorrow, on Friday. The event consists of four trail races over varied distances ranging from 31 kilometers to 160 kilometers – including the only hundred mile trail race in Finland! The weekend will also include a multitude of additional program besides the races, such as running-related workshops and the awesome post-race party! The first race start, the 100 miler takes place on Friday 12 a.m.. The three other races: 80, 53 and 31 kilometers will start on Saturday. The 53 km race is included in Buff Trail Tour Finland, which is the biggest and most competitive trail run series in Finland.

The event itself has grown a lot and is expected to be the biggest trail running event in Finland to date. Over 2300 participants from 24 different nationalities have signed up for the event. One exciting fact is that in comparison to previous years’ race editions, several women have found the joys of the longest distances and we can now expect to see a thrilling competition for podium positions also in the 100 mile race.

In contrast to last year’s NUTS Karhunkierros event, this year the race course will be faster due to snow-free trail conditions, and therefore even the new course records may be expected! We are looking forward to see some vigorous battles for the top positions, and, especially to see every runner challenging and winning themselves in both physical and mental demands of long distance trail running!

For many of the runners the race will be the first one ran on trails – or let alone – over ultra distances. You can follow the event via our Facebook and Instagram accounts. GPS tracking of the runners (everyone at 100 mile race and selected runners on other distances) is also available at: nutskarhunkierros.fi/en/live

We wish the best of luck to everyone challenging their own limits at NUTS Karhunkierros 2018!